I am currently without address. Unlike people who are without country, however, it isn’t that I don’t have one. I do. It’s just that the United States Postal Service and I can’t agree on where that is.

The problem began in February, while I was in Florida on book tour. I quickly found it wasn’t cheap or efficient to have someone pick up my mail and forward it to me. So I drove to the local Pompano Beach Post Office and filled out a form for mail to be temporarily forwarded there. By late March, I still hadn’t received a single piece of mail. Even the medical records my doctor tried to send me directly were returned. The envelope carried a stamp reminiscent of an Elvis Presley song: “Not at this address. Return to sender.” 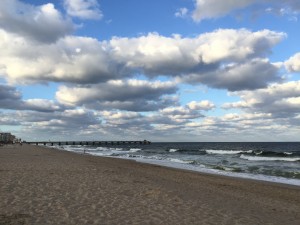 Apparently, according to the USPS, I wasn’t in Florida. (I have no idea where they thought I was, given my umpteen trips to the post office to try and find out why I wasn’t getting any mail.) I knew then another trip to the post office was in order. Once there, a manager suggested I fill out yet another forwarding form. So I did.

By the time April wound down and I returned home, I still had not received one piece of mail. After arriving back in the Mountain State, I drove to my local Morgantown Post Office. That’s where I learned that none of my mail had been forwarded. It was all waiting for me right there. As it turns out, if your personal address doubles for that of a business, which mine does, the USPS won’t forward any mail.

It would have been really nice if someone in Pompano had told me that in March. That day I put in a quick call to the manager who had been helping me, and asked her to make sure that any and all forwarding orders had been stopped. After about fifteen minutes on hold, she returned to the phone and told me she herself had rescinded the forwarding order. Life was good. Or so I thought. 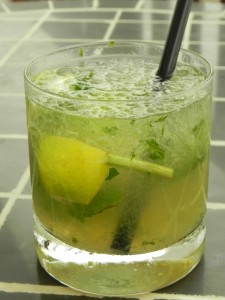 Apparently not. Because when I went to pay my box rent recently, I discovered that the box was closed—because in its infinite wisdom, the USPS decided I was living in Florida. So, effective July 29, two days before my one-year rental expired—someone decided to forward both my personal and business mail to Pompano.

I tried to file an online complaint with the USPS, but, as has happened again and again these past six months, they rejected it. Repeatedly. I don’t know if there’s a conflict between their site and my Mac, or my Safari browser or the ISP, but whatever glitch occurred ultimately led me to pick up the phone and dial 800-275-8777. I reached a USPS customer service rep, who told me to give them two days to fix the problem. And hopefully return my mail here. Wherever “here” is.

If that doesn’t happen, I guess my mail will just have to sit on the beach sipping mojitos, and wait for me to come and collect it.