Published by Daleen Berry on September 26, 2016

My literary journey is taking on a life of its own, as I discovered that this trip is really about the writing. I’m on a quest for a story, of which I don’t know the topic or the title. 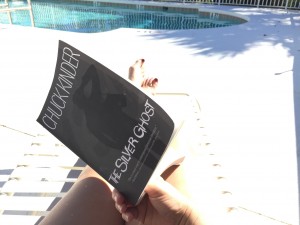 And as I drive these highways and byways, grieving upon hearing news about the shootings of more black men, the New Jersey bomber, and the upcoming 75th Annual Preston County Buckwheat Festival, which I’ll miss, I’ve found that Florida is one big state, with many more miles to traverse than I ever knew. After a few days in Pompano, I headed further south to someplace I’d only ever dreamed of – the Florida Keys. A fan, who became a friend, arranged for my lodging at Trumbo Point. What a treat! My stay gave me pause, as I thought about all those nearby military pilots and my father, himself a Navy man, as I gazed out the window from my room with an amazing view. 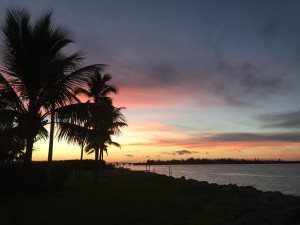 Unfortunately, my visit to Key West coincided with a massive motorcycle event, so the drive down, made mostly on a two-lane road, was slow going. So it took every bit of four hours to make, having started in Pompano. But it was also soothing and peaceful, with 360-degree views of the water. Plus, I found the most delicious Cuban café, where I ate shredded beef, rice and beans, and fried plantains for lunch. Once I reached Key West, the traffic was quite congested. And sometimes too loud. Still, it wasn’t that bad, and I was simply grateful to be able to snap hundreds of photos of some of the most beautiful sunrises and sunsets I have ever seen.

During my three days in Key West, I was on the hunt: for the homes of great writers, the perfect keepsake, and the best (tart!) key lime pie, which I found after sampling the Key-inspired pie at three places. All of which offered slices sweeter than I cared for. I finally found the one for me, at Key Lime Bakery. By the time I left the last key in a long chain of islands, I came away thinking I might one day move there, like Judy Blume. (Whom, sadly, I didn’t meet.) 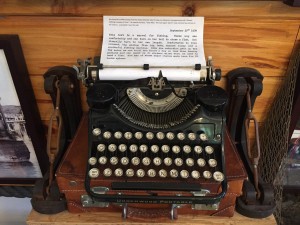 The Earnest Hemingway House provided one of the more interesting (and hottest) afternoons. There, I learned more than I’ve ever known about the man, the writer, his many wives – and his cats. I was as interested in the felines as the man, because my favorite childhood pet was a grey polydactyl cat named Big Foot. But ironically, I found that Hemingway and I have something in common: the tour guide told us the author of Old Man and the Sea, among dozens of other poems, short stories, and books, didn’t like the fact that it took Hollywood for his writing to bring any kind of financial success. 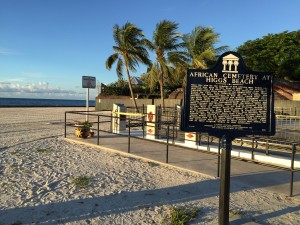 I was disappointed to leave Key West, just two by four miles in size, but knowing I was stopping in Key Largo made my parting less painful. There, I interviewed Chuck Kinder and Diane Cecily for an article I’m working on. Kinder’s coming-of-age story about Jimbo Stark, The Silver Ghost, was just released in paperback – 37 years after it first came out in hardback. Needless to say, the retired Pitt professor is ecstatic about this new development. 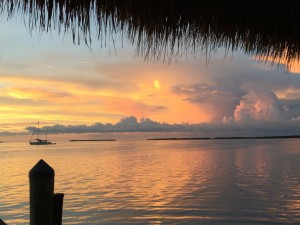 To say that meeting Kinder was the highlight of my trip is an understatement. Hearing his thoughts about the writing process was icing on an already very rich and fattening cake. But seeing his devotion to Cecily, and hers for him, was priceless. And now, I feel like I have made new friends for life. 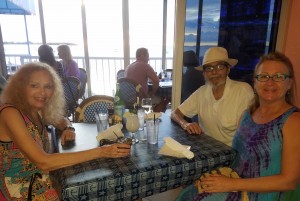 Next time . . . more points, and people, as I turn my little car west.