Hello 2018—Let’s Turn That Whisper Into a Shout!

As we bid the last 365 days goodbye, I keep thinking that 2017 reads like one gigantic, above-the-fold headline, complete with a star-studded Hollywood cast. One woman after another—Taylor Swift, Ashley Judd, Angelina Jolie, Rosanna Arquette, and Salma Hayek, to name a few—boldly stepped onto a very different red carpet, under an intense glare of media scrutiny.

This is not fake news.

People are calling what happened in 2017 a “watershed moment,” where cataclysmic events collide, creating a point of no return. If so, then we can only hope that trend continues in 2018. 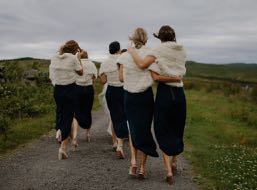 Women have been accusing men of sexual harassment, abuse, and assault for centuries. The past few decades have seen an increasingly vocal number of such complaints. But for the most part, women have done what they usually do: suffer in silence.

But last year a slew of prominent and powerful women raised their voices in a cacophony, admitting to having been victimized in just this way. Is this why society as a whole has begun listening, and is more outraged than normal? Or is it because the highest position in the land is held by a man who has not just been accused of such criminal conduct—but who has minimized his own sexual assaults?

I imagine it’s a bit of both. Women are fed up with being forced to live like this, as if any vulgar man who wants to can fondle them at will—and then fire them when they report the bad behavior to their superiors. So it is that powerful Hollywood women have set an example for the unknowns in this battle, women who have silently carried their shame, but who have been no less abused by the Senator Roy Moores of this pandemic. 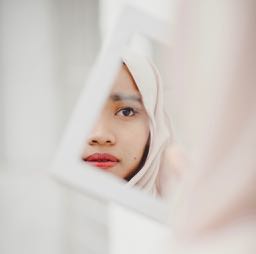 And we are done holding our collective tongues.

We, each one of us, I believe, have such a story to tell. At least one—if not more. This is why: recently I was one of three women who randomly met and began discussing the one in three statistic put forth by the World Health Organization. Less than three minutes later, we had established that all three of us—100-percent—had been victims of sexual assault.

That wasn’t the first time this has happened. I feel like I’m trapped in Groundhog Day, where I’m forced to repeat the same conversation, again and again. As a result, from the years of professional and personal research I’ve conducted, I believe it happens to one in two women, if not every woman.

And we are tired of the status quo. Frustrated about waiting for someone else to help us, or stand up for us. So we’re taking matters into our own hands, and naming names. And that may be the only action that matters, when you see powerful men like Harvey Weinstein, Charlie Rose, Kevin Spacey and Matt Lauer step down from long-held positions of prestige and power.

Such serious repercussions tell me that this watershed moment is here to stay. So, in keeping with these feisty, female silence breakers, I’d like to do the same. #MeToo.

Readers of this column and my news reporting know I’ve been speaking out about sexual violence against women since 1988—30 years. In 1990, I broke my own silence when writing about my personal experience as a victim of sexual abuse (albeit quite subtly) in Vintage Berry Wine, my then-weekly newspaper column in the Preston County Journal. 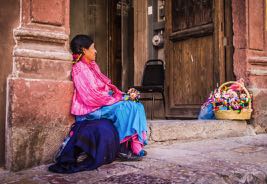 And in 2011, my first memoir was published. It was titled, appropriately, Sister of Silence. SOS is about the traumatic effects of keeping such sexual violence a secret. The fact that students from Johns Hopkins University to UC Berkeley have heard of it tells me that we want—indeed, need—to hear from other women like ourselves.

I’ve not been silent since then—with one notable exception.

In January 1998, six months after moving 3,000 miles to take a job as a news reporter with The Tracy Press, a little daily in San Joaquin County, California, I was fired. The events leading up to the loss of my job were so minor, in comparison to what many women have endured, that it barely deserves a footnote in this watershed moment of history.

But throughout 2017, as I’ve listened to the voice of one feminist after another, I’ve returned to that unsettling time. And for me to continue speaking out on behalf of other women, I know I must now break my own 20-year silence.

Jon Peters, then-managing editor, hired me in August 1997. I quickly earned a reputation as a hard-working, fearless reporter who went the extra mile for every article I wrote, and who willingly drove to nearby crime-ridden Stockton to investigate a gang story I’d been assigned. Not once during that time did anyone at the paper tell me I was doing a bad job. Quite the opposite, in fact.

So when Peters called me into his office and fired me, I knew. I immediately knew what had happened: Paul “Spud” Hilton, the city editor, enjoyed telling off-color, crude jokes in the newsroom, in front of female staffers. The three other women and I discussed it during our regular jaunts to a nearby coffee shop. We didn’t know what to do about it; we just knew were growing weary of Hilton’s antics.

The final straw was the day he called one of my colleagues a “breeder,” in a negative tone of voice, in front of the entire newsroom. (According to Wikipedia, that word is often used “with the derisive implication that they have too many offspring.”) She was hurt and offended, as was I, on her behalf. So I went to Peters and simply asked him to speak to Hilton about his inappropriate behavior.

I lost my job shortly after that.

Peters and Hilton had the blessing of the Matthews family, who owned the newspaper. And as much as I respected then-publisher Sam Matthews, my respect all but evaporated as events played out. Because, being an investigative reporter, I did what I was accustomed to doing on the job: I turned on my tape recorder, and after collecting enough evidence to prove my termination was illegal, I hired an attorney. The Matthews family fought back with their all-male team of high-powered San Francisco attorneys.

Not once did they willingly admit that Hilton, a fellow with a penchant for denigrating women, was the problem. 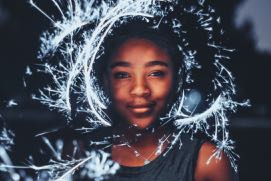 As a woman, I’ve engaged in my own whisper network, just like the female Hollywood stars who warned up-and-coming actors of predators like media mogul Weinstein. My hope for 2018 is that the momentum from the 2017 watershed continues to empower my women everywhere.

That it helps every single man to understand that we have a right to be treated with nothing less than respect and dignity. That our bodies our ours, and you better keep your hands off.

That can happen, if the whisper turns into a shout.

You make me so proud, Daleen. There is no higher calling than being a “life saver” — and that you are!