EDITOR’S NOTE: As I sit here in a friend’s Pompano Beach apartment, every few minutes another small plane flies overhead. I am directly under their flight path on this, the 15th anniversary of the September 11, 2001, terrorist attacks here in the United States. After mulling over every way our lives are different now, I can’t imagine writing anything other than what I did in 2006, on the five-year anniversary. Except that now, with the uprising of ISIS, life is far more fragile now. Please read on for that original Sept. 11, 2006, post. I’ve added photos from my trip to New York City, taken earlier this summer. ~Daleen

Not long after beginning flight instruction, student pilots will hear the phrase, “If your radio goes out, turn your transponder to 7600 — not 7500. Because, if you do that, air traffic control will think you’ve been hijacked.” Those three codes are stressed repeatedly, drilled over and over: “Squawk 7600 for radio failure, 7700 for an emergency, and 7500 for a hijacking.” These are the most common codes needed, and when dialed into the transponder (a type of radar), allow your aircraft to show up on the air traffic controller’s radar screen, for identification and tracking purposes.

I learned that in September 1999, just two years before the World Trade Center fell and the Pentagon was attacked, in an event which involved four hijacked U.S. airliners. I was a student pilot then, fulfilling a childhood dream that began while sitting in the right seat of my father’s little single-engine airplane, flying back and forth between Martinsburg (MRB) and Clarksburg (CKB). A flight instructor, he often took me up in the air with him, teaching me to scan for other traffic while up there. 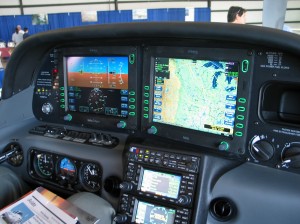 The day after September 11, I was scheduled to take another flying lesson. But the Clarksburg Benedum Airport was locked down tight, and no one was getting in. Least of all me, just another student pilot in pursuit of a private pilot’s license. But after authorities announced the 9/11 attacks were carried out by Middle Eastern men who, like me, were also in pursuit of that coveted license from the Federal Aviation Administration, my status as a student pilot took on new meaning. Unlike me, as the world has since learned, their motives were sinister in nature.

In the five years since the 9/11 attacks, I have received my license — earned it, with every minute of flight and ground training, and every dollar spent. Once I was allowed back in the air along with all the other general aviation folks, every opportunity I had to fly was accompanied by more than a few moments of meditation on the marvels of flight, of what a privilege it is to be able to hold a pilot’s license, and of how wonderful it is just to defy gravity and head toward the heavens. 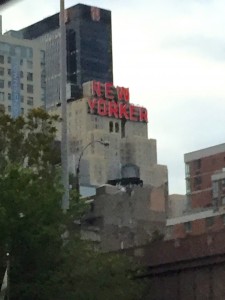 What changed for me personally is that I finally made it to New York City, something I longed to do since that terrible day. Part of the reason for my visit was probably the journalist coming out in me, and part of it was my intense curiosity, which causes me to question everything around me, as a way of trying to make sense of it. Yet the biggest reason was in wanting to see firsthand the location where the world changed for us as Americans, for me as a person and a pilot, and especially for the many families who lost and then had to leave their loved ones behind that day.

Since that time, I have been to NYC five times — an average of once a year for the past five years. The first was in August 2003, when Ground Zero was a large, cavernous hole, taking up too many city blocks, and surrounded by metal fencing taller than I am. The second was a whirlwind trip with a group of college students, made on the second anniversary two years after the attacks, when the twin lights reflected into the night sky, and surviving family and friends gathered to weep, remember, and memorialize their lost loved ones. The third trip was a year later to visit new friends I’d made earlier that summer, and the fourth was in early 2005, on my way back from Canada. The fifth trip was six weeks ago, for a writer’s conference and again, to visit friends.

In the meantime, I continued flying. Not long after 9/11, two of my daughters and I boarded a jet and flew to San Francisco, to see their sister perform in a college play. The day we returned home, November 12, was the same day another jet (America Airlines Flight 587) crashed into a Queens neighborhood in New York, deepening American’s fears that yet another terrorist attack had occurred. I flew again, going solo a year later, once again to visit my daughter. Since then, I’ve flown to Spain (not long after the March 11, 2004, Madrid railway terrorist attacks), to Canada (where a U.S. Customs official nearly refused to allow me back into the country, because I had forgotten my passport), and to Fort Lauderdale, this past spring, for a work-related conference. 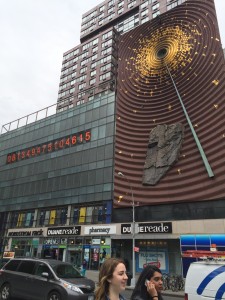 I remember exactly where I was when I first heard the news that day. It’s just one of those things you never forget, something that’s indelibly etched on your memory. Having come off the afternoon shift, I went to bed early that morning, waking just as the news was being reported. I heard that an airliner (later identified as American Flight 11) had crashed into the North Tower when I went into my kitchen to get a drink and did what I normally did — turned on the radio. That’s when I rushed to the television, to see if the news was being broadcast live. It was, and as I saw smoke coming from the World Trade Center, I called my daughter to tell her the news. She was at work, and quickly turned on the radio, as well. While we were on the phone, I watched as the first tower crumbled, as easily as if it was a child’s sand castle. We had just hung up and I had gone back to the TV, when fifteen minutes later, a second jet (United Flight 175) struck the South Tower. It was unbelievable, like a horror movie where the ending comes out different than anything you expected. That coverage was suddenly interrupted, with breaking news that the same thing had happened at the Pentagon, when American Flight 77 crashed there. By the time it was all said and done, four jetliners — including United Flight 93, which crashed in Pennsylvania about an hour from here — had been used as weapons against the United States. 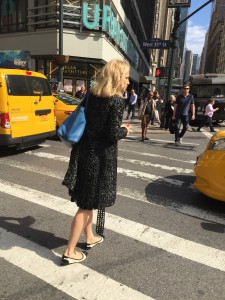 September 11 became our Pearl Harbor, the day the world changed for our generation. It’s true, sadly so, but true nonetheless. But with that has come some good, for not only was humanity at its absolute worst that day — it was also at its very best, as thousands of people throughout the country (and more, around the world) reached out to lend a hand during that time of crisis.

Today is the fifth anniversary of that dark, dark day in America’s history. I’m not sure what it’s taught the world, or even Americans, but I know what it’s taught me. To treasure each day, to spend time with loved ones (instead of taking them for granted), to make that time truly count, and to simply laugh when the chips are down, and the world seems like it’s going crazy. For, like it or not, danger is everywhere. It might be just around the corner, at the next traffic light, at the end of a one-way street, or even on the next flight. And there’s not a thing we can do about it — except make sure if and when danger strikes, we’ve lived our lives in such a way that we’ve got no regrets. About anything.

Especially about dialing the wrong number into our aircraft. Remember, 7500 should only be used when there’s a hijacking. For everything else, just remember to take life as it comes, one day at a time.

TV Shoots: All in a Day’s Work

Television shoots aren’t what you think. I enjoy doing them, because they’re about books—and anything to do with reading is sexy, right? But they are far from glamorous. I can’t recall how many I’ve done Read more…