Day 32: Stopping to Smell the Roses

I’m nearing the end of my long, literary journey, having driven more than 2,500 miles to date, from West Virginia to Arizona, and complete strangers have turned into new friends, as I stop and smell the roses – both literally and figuratively. The roses, you see, are the people I meet along the way. Each one unique, with his own fragrance or other gift of beauty. 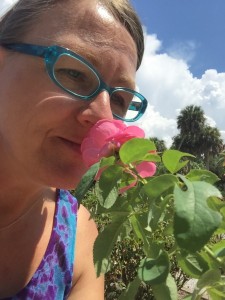 Like Mandy (not her real name), a single mother of three who did what I did when her children were in danger: she took them and ran. But to do this, Mandy had to give up an excellent job. Although she’s since found another one in Pascagoula, Mississippi, her situation isn’t ideal. And her take-home pay isn’t enough to live on. So she and her brood currently live in a shelter. Not ideal circumstances. Not by a long shot. This woman is not only lovely inside and out, she is kind and smart and clearly a good parent. I met her when I stopped for the night in Mississippi. Even though she was at work, she didn’t have a babysitter so her children were with her. Undeterred and determined to provide for them, she went about her duties while they looked after themselves, until the middle child came up and politely interrupted us. 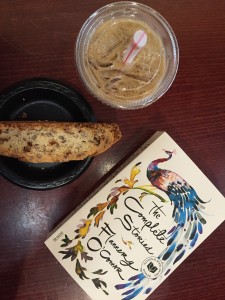 “I need a time out,” he said, after admitting what he’d done to one of his siblings.

I believe you can tell a large measure about a parent by her child, and that blew me away. How many children honestly admit their mistakes – and ask for discipline? I observed Mandy’s kids while they were there and found them to be quiet, well-behaved and very respectful. Clearly their mother has done a remarkable job. In fact, other guests were enjoying their company, too. Immensely. 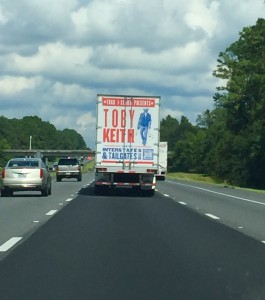 But I was taken back in time to 1988, when I covered my first homeless story. Then, a woman and her daughter were living in the mother’s car, after also escaping an abusive relationship. It dawned on me then how dangerous it is for homeless children, whose parents may have to leave them inside a vehicle while they go on job interviews, or who are trapped inside a shelter and often targeted by homeless predators. Those dangers are above and beyond the daily psychological and emotional stressors, of not having your own home to go to. Of not having a routine, or a safe place where you can simply be yourself.

That first story taught me something, so since then I’ve given away my leftover (and utterly too large) restaurant portions to the homeless, and tried to help them in other ways. I know that the biggest percentage of homeless people are themselves either runaways, military vets, or mentally ill. Some of these folks also have addiction issues, often self-medicating to try and relieve their pain. This is yet another danger for the children exposed to these problems. 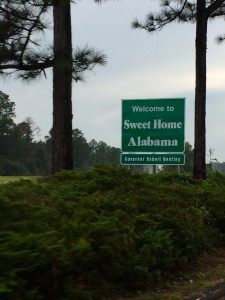 I’ve also been homeless myself, for a couple of brief moments in my life, but never to the point where I had to rely on a public agency for temporary housing. I was fortunate, because friends and family came to my aid. Mandy? Not so much. Like many women who protect their children when abuse comes into play, her family turned its back on her. Thought she was crazy to go to such lengths to keep her little ones safe.

There is a very long waiting list for Section 8 housing, which is all Mandy can afford, so I’d like to ask for anyone reading this who knows someone in the Pasmagoula area to reach out and help me find Mandy and her children a nice, safe home. So they don’t have to continue living in a shelter, which is not conducive to safety or good health – especially for little ones. You can contact me directly, using Facebook or Twitter or my contact info. 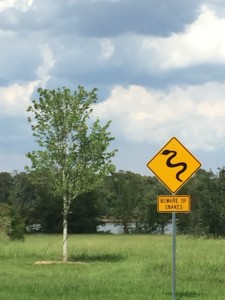 I believe people naturally want to help others. They just have to know when a need exists, and what they can do to help. I believe no one wants to let a hard-working mother like Mandy and her three little ones live in a shelter, so let’s help them.

We can do this!

Note: The photos accompanying this blog were taken on the road, at coffee shops or rest stops, or simply (and safely) while in traffic. Next time, I’ll share some of the stories – and more beautiful scenery, captured with my iPhone – during my visit to the Cochiti Reservation and Santa Fe, New Mexico. If you’d like to guess where I’m going next, and why, I’m hosting a contest at my Facebook group page.