PRESTON COUNTY, WV—Since I last blogged, my world has changed beyond recognition. If you recall, my niece had just given birth on Dec. 27, 2019, to a beautiful baby girl. Then my mother suddenly died on New Year’s Day. Eight days later, I became homeless. Two days later, I attended her funeral … and nothing has been the same since.

That’s a very understated synopsis—but it says nothing of the legal battle I’ve been waging since 2017.

Appellate Action 19-1016, which began in 2018 as Culp v. Wolfe, was dismissed Feb. 20, 2020. Four days before I would have submitted my perfected appeal, which outlined so many legal and procedural errors by Monongalia County Circuit Judge Susan B. Tucker that more than one attorney told me the West Virginia Supreme Court of Appeals would have no choice but to reverse her decision, and/or remand (send back) it for a do-over.

Except my appeal never made it that far.

Not after I officially became homeless on January 9. I went to stay with a friend in Morgantown that same night. From there, I stayed with good friends in Fairmont, until I left again. That time, I stayed in the empty home of a friend of a friend. From there I stayed with a former neighbor in Kingwood, until I ended up in a quaint little efficiency.

By February 3, when my appeal was due, I had moved five times in five weeks. And until then, I was largely sick due to exposure to soap and shampoo and dishwashing liquid and hand lotions that most people can handle—but which causes an immediate reaction in me. After cumulative exposure, it overwhelms my immune system, which leads to acute asthma, or ENT infections that require antibiotics, steroids, or both.

And that is why I did not make my deadline. Well, that plus the defense attorneys’ preemptive legal strikes, which left me scrambling to play defense—when the weight of the estate’s evidence should have kept Culp playing offense from day one. It took me so much time to research and respond to their last two motions for dismissal that I simply didn’t have enough time—or energy—left to finish my appeal.

In view of that, I did ask the Supreme Court, on January 29, for an extension. And in one of those filings, I said the Wolfe gang, by stealing my home, had made it “humanly impossible” for me to meet the original deadline.

It would seem the Court disagreed.

I moved for the sixth time today, into another empty house. (It’s for sale, so if you’re looking for an adorable two-bedroom home with city views, I can put you in touch with the owners.) Each time I’ve moved, I’ve had more than ample food, clothing, and shelter. Each time, in spite of becoming sick, I’ve been okay. The last two moves have been the best, because I’m in total control of my environment: it’s just me, and I don’t wear or use any chemicals that sicken me. So right now, I feel great. 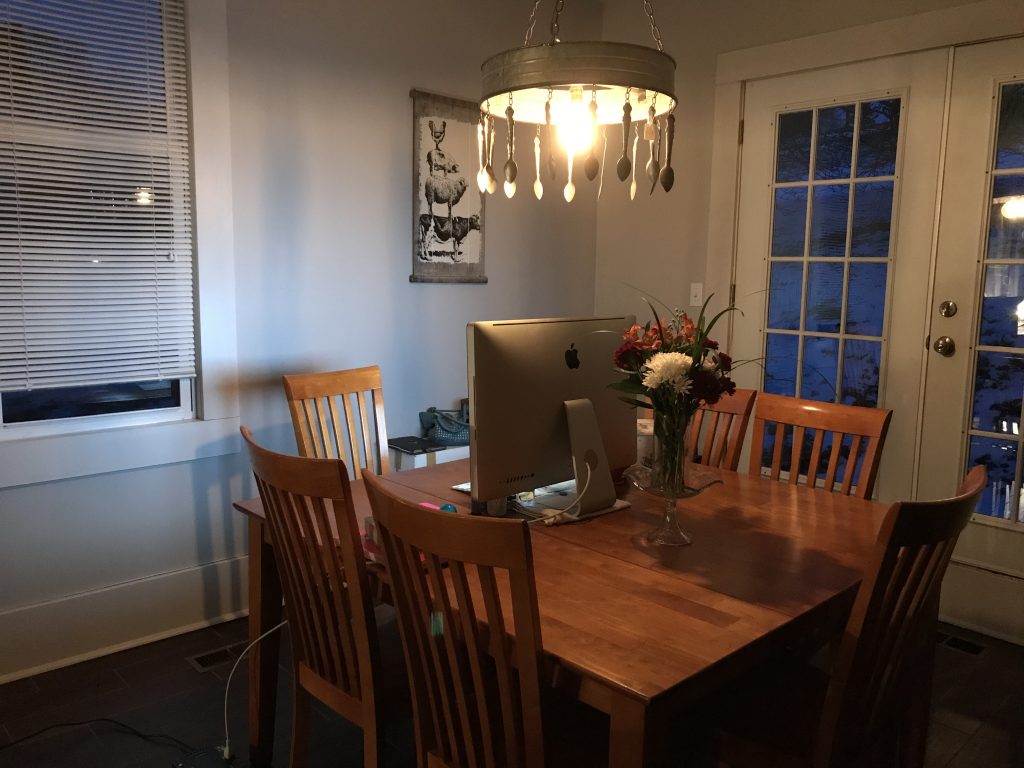 This is my sixth soft spot in seven weeks.

Coming home to Preston County was definitely not in my plans. (That said, so very many people have welcomed me with open arms and words of loving kindness that I will hate to leave.) Of course, becoming homeless wasn’t in my plans, either. That little mishap occurred due to a well-executed move by the Wolfe gang: their attorneys, sly little devils that Paul Cranston and Robert Shuman are, arbitrarily added an imaginary deadline to Judge Tucker’s December 12 order.

The order, which she told the defense attorneys to write, and which I never saw until they sent it to the circuit clerk, said I was required to post a $23,100 civil bond by January 9—or else the good judge would rescind her November 8 stay. That would then allow Wolfe to take my late husband’s company and my home.

Although Judge Tucker and the defense team fully knew I had no financial way to pay that bond (which required 100-percent collateral), that is not the most problematic issue here. This is: when we were in court on December 4, no one—certainly not the good judge—spoke of a deadline. Or of her stay being lifted, so that Wolfe could then walk away with everything.

And yet imagine, those words found their way into the court order. Hmmm. If I was an investigative journalist, I might think something was amiss. Oh wait, I am—and I did. For all the good it did me. Or the estate—because let’s not forget, this may be about my home, but it is also about my fiduciary duty: paying creditors, and the other three heirs. Me crying foul play was useless because one week ago yesterday, the Supreme Court dismissed my appeal.

(In case you’re just tuning in, I appealed Judge Tucker’s October 2 order, which said Wolfe could have everything—and Culp gets nothing. In spite of forensic accounting evidence that said just the contrary: that Wolfe owes Culp at least $1.3 million, and the deed to our own home. That’s because Wolfe, in spite of a 2010 contract that said he had to turn it over in 2015, held our deed hostage, refusing to do so. Just like he refused, for years, to open our own company’s books.)

Here’s what I find interesting: Wolfe, who is widely known in the Morgantown area for not paying his debts, and who has submitted what Arris Construction, Inc., said were false liens, has now successfully stolen the very company he contractually promised to purchase 50-percent of. And thanks to Judge Tucker, he did it without paying a dime. Imagine that.

That, my friends, is what you can get away with if you first take what belongs to someone else, so they have no access to it, and then make them sue you to get it back. All while using their money to pay your attorneys. Oh yes, and in the meantime, you take all of your landscaping expenses and tell your sister to charge them off to the storage company you “bought” into…so it looks like your business partner owes you money.

Trust me, it works. And so far, Nate Wolfe and Lea Walker have gotten away with it. While I am homeless, and Mr. Culp’s three grandchildren have nothing to show for their grandfather’s forty years of hard work.

But I do have something very important: I have more free time on my hands than I’ve had in, well, three years, come April. Which means I can return to my writing. To reading. To curling up on the couch with a good book and a cup of hot tea. Maybe even, come spring, to a bit of gardening. To spending time with (fragrance-free) loved ones, and to meeting you, people I’ve yet to meet, but whom I believe will also become good friends.

Because many of you have helped me out in my time of need. In ways big and small, in ways that I can never repay—and you’ve done it all without asking for anything in return. You’ve done this because you are good, kind, and caring people who were willing to lend a helping hand.

That said, if anyone wants me to repay the money you’ve given me, please email me right away. Someday, I will repay you. That is a promise. In the meantime, know that you are the only reason I have not ended up in a homeless shelter. Or on the street.

Because you have kept me safe, and let me land in a very soft place, throughout the last few months—if not longer. For that, I am eternally grateful.

And that is why, if you happen to drive by after dark, and see through the softly lit windows the solitary figure of a woman dancing to Crosby, Stills and Nash, you will know: I am okay.

Thank you for your donations toward “Daleen v. Goliath.” You helped me keep the lights on, to purchase paper and ink, which helped me submit many, many filings to the Monongalia County Circuit Court, and to the West Virginia Supreme Court of Appeals. As of Sunday, March 1, 2020, my GoFundMe will permanently close.