ANY CITY, U.S.A.—Under cover of darkness, a lone woman wearing a ski mask to hide her identity met me in an empty warehouse, far from the glow of the city lights. She was skittish, and kept glancing around as if afraid she was followed to our deserted meeting place.

Lily Clark (not her real name) was released from prison two months ago. When she reached out to me with accounts of female inmates being raped or, in some cases, forced into sexual slavery inside the prison where she was held for almost a year, I knew I had to get her to talk. It took some doing, though, because Lily was nothing if not terrified. She was afraid the feds would find out she squealed, and send her back to prison. 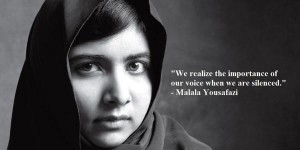 “Back to that living hell on earth,” as she called it.

Lily said the guards are actually encouraged to rape the women prisoners, who often end up being traded around among prison officials in a form of sexual slavery never before seen in this country. “They drew our names like it was some kind of sick lottery,” she said, “and then each of them took turns with us.” According to Lily, these actions are repeated daily, or as long as it takes to break the women, and get them to talk. To turn over the names of their menfolk.

Sadly, many of the women are innocent. They haven’t been charged or sentenced. None of them have even seen the inside of a courtroom. They are simply locked up, waiting for someone to tell them why they’re there. Or when they can go home. Lily says it’s a never-ending wait. Although no one in a position of authority will cite a reason, it’s a fact that the women were only thrown into prison after their husbands, fathers or brothers took to the street in demonstrations against President Donald Trump.

Under the current administration, which has targeted any citizen who speaks out against the federal government, these acts are seen as tantamount to torture. But they have only come to light recently, because most of America’s journalists are themselves behind bars. There, these once bold and courageous members of the Fourth Estate can do little to expose the gross wrongs that seem to grow in scope and number with each passing day.

President Trump quickly turned the American people against the media. Long before he ran for the highest office in the land, in fact, public outcry about “irresponsible journalism” was a common occurrence. Within months of moving into the White House, however, the President began a concerted campaign against journalists around the country, from reporters at prestigious, daily newspapers to pundits at Fox News, and every blogger around the country.

Now, though, as more and more people disappear, with family members relating how their loved ones were picked up in the middle of the night by military police, never to be seen again, some quarters are calling for a return to the days of an unrestricted media, when “freedom of the press” actually existed.

“I used to make fun of the reporters who called Trump a liar, and compared him to Kim Jong-un,” Lily said. “I mean, I know journalists are the lowest paid college graduates, and I thought they were just stupid windbags who were jealous that some rich guy was smart enough to get the American people to stand behind him.”

Lily glances again over her shoulder, before turning back to me and whispering something about a rumor that the next move is for the feds to take away citizens’ cell phones and Internet access.

“Now I know those reporters were right,” she said, shaking visibly from her fear. “But it’s too late. We’ve become North Korea.”

Editor’s Note: Today’s blog was written in the flavor of that satirical and popular publication, The Onion.

Editor’s Note: Effective June 2, 2016, Ms. Berry’s blog will begin appearing each Thursday, rather than Monday, as it has been. Berry is a New York Times best-selling author and a recipient of the Pearl Buck Award in Writing for Social Change. She has won several other awards, for investigative journalism and her weekly newspaper columns, and her memoir, Sister of Silence, placed first in the West Virginia Writers’ Competition. Ms. Berry speaks about overcoming abuse through awareness, empowerment and goal attainment at conferences around the country. To read an excerpt of her memoir, please go to the Sister of Silence site. Check out the five-star review from ForeWord Reviews. Or find out why Kirkus Reviews called Ms. Berry “an engaging writer, her style fluid and easy to read, with welcome touches of humor and sustained tension throughout.”